Favourite Thing: Figure things out, nothing makes me feel better than figuring out why something works … or in most cases of late, why they do not work! But that is the fun part, not everything works as you expect it to. I do a broad range of work, from computer modelling, to habitat map making, to designing underwater video systems so there is always something different for me to do.

Data Analyst/Programmer (jack of all trades, master of none)

I mainly work with ocean models, “feeding” them data, analysing the results and making plots to help understand the results.

My background is in earth science and computer programming and so I have a broad range of skills.  This means the kinds of projects I work on can be quite broad too. 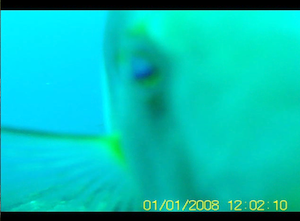 Here is a video of the kind of things a POTBot sees: http://www.youtu.be/ze9Vxvxinh0

Here is a video of the kind of results one would see: http://youtu.be/ZFg84EeV5hQ 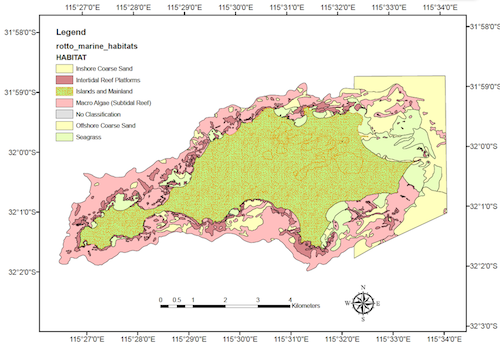 Get up; take kids to school; spend morning handling emails, data requests and data collection/downloads; have lunch (with my wife if she has time); start some model runs and then plot data for an artistic high note before going home.

After the school drop-off I go to work getting in around 9:00.

In the morning I usually deal with the many emails that came in overnight.   I also handle any data requests that came in. These can either be my “boss” requesting climate/ocean data from overseas sources or our research partners requesting model results/analyses.

Often I can do some model analyses, plots or map making in before lunch.

If my wife has time, she works in CSIRO as a scientist as well, we have lunch together around noon.

The afternoons usually revolve around doing model to real world comparisons. Also I set up any models that need to be run overnight or longer.  This usually means I make sure all the needed data is available and in the format that the particular ocean model(s) need.

Then at 5:oo I head home and have dinner with my wife and kids and then help with clean up.

Around 7:30 we all get ready for bed and my wife and I sort out who reads to who.  If all goes well we finish bedtime reading around 8:30. After that we relax with a nice show/movie or do some work we needed to finish during the day but did not get to.

I would buy some updated parts to make a modified POTBot for a realtime-webstreaming underwater video system.

I would use the money to make a special POTBot.

I’ve always wanted to have one that could send its video (and the other data it collects) over the web so that students like yourselves could see fish/lobsters/etc in real time or near real time.  There are several components I could add or replace in an existing POTBot which could do that.  And there are several that I would need to adapt.  These are all still relatively inexpensive and with the addition of a smartphone/iphone as a remote could make the POTBot more interactive (change view angle and so forth).

The POTBot would be moored in a marine park and I have one at Rottnest Island in mind that has a some interesting populations.  There is also access to mobile phone towers which is a requirement as well as other infrastructure.

As there generally is no money for these sort of trials in the projects I am part of  the $1000.00 would help me design and set up a proof of concept system that may attract money for a formal system later.

Must I pick one? I have a very broad taste in music from Classical and Jazz to ’80s/’90s indie music (The Smiths, The Cure, They May Be Giants, etc) to techo/trance/nightcore and Hardstyle to Miku Hatsune (vocaloids).

That depends on your idea of fun, but for me it would have been going mountain climbing in New Hampshire with friends.

Not really, I was a bit of a goody two shoes … or perhaps just too clever to get caught … I’ll never tell =;P

Fun wise it would be a toss up between working on POTBot and being a Scientist in Schools for my kids school, but work wise it would be being a co-authur on a paper in Nature [http://www.nature.com/nature/journal/v400/n6743/abs/400437a0.html].

How do you catch a unique rabbit? Unique up on it!

Sadly none … I’m a bit of geek that way. I used to like hockey, the proper ice kind, but moving to Australia sort of cured that.